There are two main conflicts in The Odyssey. The first one occurs on the island of Icaria where Odysseus meets the cyclops Polyphemus. The cyclops traps Odysseus and some of his men in a cave where he immediately eats two of them. In order to escape, Odysseus gets Polyphemus drunk and blind him with a burning stake. They all escape by hiding under the bellies of sheep, but this conflict leads to much greater conflict because Polyphemus is the son of Poseidon, and Poseidon gets revenge on his son's blinding.
The second great conflict happens when Odysseus arrives back in Ithaca. His house is full of suitors for his wife Penelope. He has to defeat them all, killing each one and  Including the unfaithful maids. This great conflict ends The Odyssey. Both of these conflicts are external because they are person against person. Odysseus also has internal conflicts when he is tempted to stay in other lands and not go home, but he always makes the right decision. 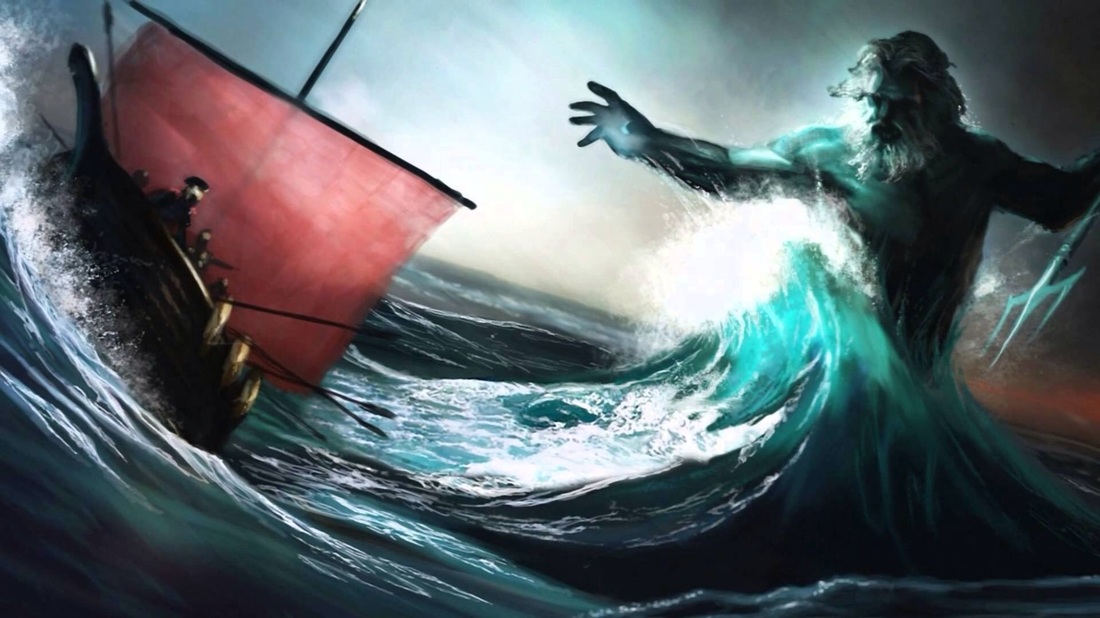